A New Era of the Digital World

1、We are the witnesses of the past.

I still remembered when I first visited the United States in the early 1990s, I was so surprised by everything: skyscrapers, highways, supermarkets, beautiful landscapes, and neat communities and streets, especially email, that will end up the history of written letters one day. I hadn't seen them before. And I met many volunteers and kind people here. I came to understand why the "American Dream" can inspire and attract so many young people to leave their families and realize their dreams in this land.

At that time, China was still at the early stage of reform and opening up. Many things were waiting to be done. Compared with the U.S., China lagged far behind in different fields.

How I wish that my motherland could also be so rich and strong and that the Chinese people could live a stable and peaceful life.

Two years later, my partner and I started our own business, and we named our company "Newland". 500 years ago, Columbus discovered the New landmass with an enterprising spirit; we gave our company such a name because we wanted to create a better future by innovating and struggling with a pioneering spirit on a virgin land.

In the early 1990s, credit cards were widely used in the United States, while China was still paying in cash. We started our business with the R&D of POS terminals. Now, Newland is among the world top POS suppliers. According to the Nilson Report, Newland ranked TOP 2 worldwide and TOP 1 in the Asia-Pacific Regions. Our products and services are delivered to 100-odd countries and regions.

China has undergone fundamental changes in the past 25 years. The national economy increased by around 20 times. China has scored great achievements in construction of infrastructures and development of information technology. We see convenient transportation network of highways, high-speed rails, and airlines. We see telecommunication everywhere. And we see the ongoing shift from cash to credit card, and from mobile to barcode payment. People’s life has seen great improvement. Now, China is stepping up its efforts to eliminate poverty by 2020, so that 1.4 billion Chinese people can live better lives. China’s fast development is also an opportunity for its enterprises to share the benefit. Newland is just one of the numerous enterprises that had started from scratch and developed into strong and powerful ones. We are the witnesses of China’s development and we are also its contributors.

2、We are the builders of the present.

The third information technological revolution from the 1940s has realized the transformation to automation on the basis of steam engine and electric power, while digitization will bring about the fourth industrial revolution and realized intelligence.

It is not only the progress of technology, but also the result of the awakening of human consciousness and all-round development.

Through AI, a scientific and reasonable digital model is established to achieve, correct, change, or even disrupt our cognition and practice in the traditional physical world and also our way of doing things and bring innovation in traditional governance mode. In this way, we will be able to carry out real and effective governance to meet the needs, address the pains, empower the people, and finally realize the smart society and the smart earth. The birth of the digital world will help us to optimize and reconstruct the physical world and make the world what it should be.

Today we are here to discuss the development of AI. This event is meaningful. We are shouldering the task of the times and we are expected to make efforts and lay a solid foundation for a smart earth in the near future.

3、We are the pioneers of the future.

In the farming stage, people fight for lands. In the industrial stage, people fight for profits. But in the digital world, we go beyond time and space, and there will be no territory of the world. All are connected to cross all the boundaries of human society based on mutual needs, mutual empowerment and mutual assistance. The mindset of zero-sum game in physical world should give way to a new approach of win-win cooperation.

In the future, we will see the individual differences narrowed by the effects of birthplaces. The digital world and physical world will be highly integrated, so that geography, education, race and national boundaries will be not so clear. Many gaps in the real world will no longer exist. People can share data and connect digitally, equally enjoy global services, feel the freedom of life in a wider space, and create personal value over a longer period.

This is the objective result of technology development as well as a great change for human social governance.

In the past, people resorted to weapons and force in their conquest of the world, and the most destructive weapon today is "nuclear weapon". But when it comes to the time of integration, "the positive and harmless weapon of harmony" is created with peace, harmony, friendliness and kindness. In Chinese, “和”（harmony）and “核”（nuclear）are pronounced the same.

The civilization of the digital world features connection, confluence, coexistence, share and mutual benefits. This matches the core value of Chinese traditional culture: Benevolence, integrity, justice, harmony and great unity. Benevolence means that we love both friends and strangers. We should be honest with ourselves so that we will win trust from others. Justice means that we should uphold righteousness and stick to the truth. Harmony lies between people and people, people and nature, people and the whole world. 2500 years ago, Chinese philosopher Lao Tzu elaborated on the notion of "human and nature as a whole". It is the wisdom of the universe. It is the ecosystem and value of the digital world.

We are all human beings. From one to all to all in one, our future lies in the process of human development and human progress. Our destination is a community of shared future.

The future is coming! At this high moment, we are at the gate of digital world. And we will open a new chapter in human history.

One world, one dream, one humanity, one family. 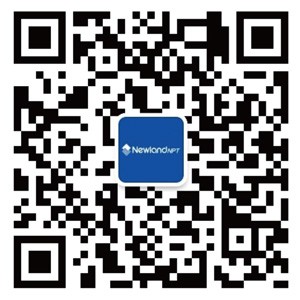